3. DC’s Amanda Waller Would Be Well Portrayed By Mo’Nique

Known by some as “The Wall,” Amanda Waller is certainly a complex character. She’s the only female African American villain in the DC universe, but just because she’s a villain, don’t think she’s a cardboard-cut-out bad guy. Nope, she’s a hardworking government official, who oversees research into people who have super powers. She’s also the director of missions for the Suicide Squad.

She’s actually been played by Angela Bassett before, in the Green Lantern movie. But she was a scientist in that movie, rather than a government official. We also feel that, although she’s a great actress, she doesn’t fit the physical attributes needed for Amanda Waller. Despite the picture above, this villainess is most often depicted as a slightly overweight woman. For this reason, we’d recommend Mo’Nique for the role. She’s very skilled at playing villainous characters, and we think she’d totally kill this part. 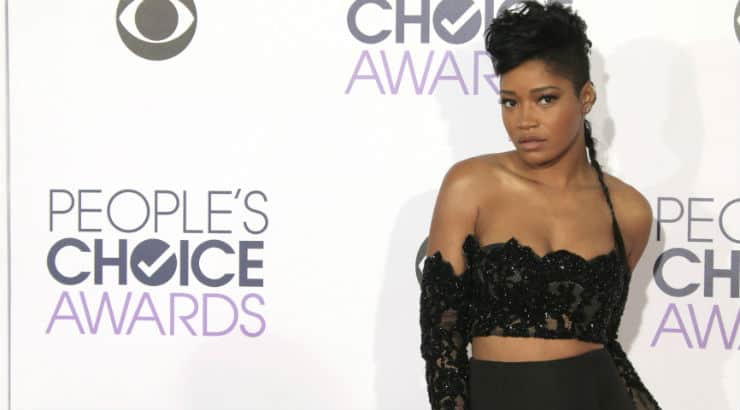 Touted as the new Iron Man (well, Woman), Riri Williams is the first of her kind. Her official name is Ironheart.

Although she is extremely new to the Black superhero family, introduced in 2016, she’s a powerful new addition. She has genius-level intellect and is a skilled engineer and inventor. At just 15 years old, she’s at MIT on a scholarship. She sneaks material from around campus back into her dorm room, and sets about making her very own Iron Man suit. Soon Tony Stark hears of her prowess, and endorses her to become a superhero in her own right. Before long, she joined the Champions and began to fight the Army of Evil.

We think Keke Palmer would be perfect for the role. Though she’s much older than 15 now, she could still pass for that age if she wanted to. We could imagine her rocking the massive Riri Williams afro and looking amazing with it. Plus, she’s played the super-intelligent Akeelah in Akeelah and the Bee, so we know she’s awesome at portraying characters with brains as well as beauty.

If there is one black female superhero that many of us already know, it is Storm. Although she is typically played by the beautiful Halle Berry, we think that Sanaa Lathan could have a stab at this role as well. Unsuspecting yet fierce, Lathan would be a great actress for this role.

Storm doesn’t just possess the ability to control the weather, by the way. She actually has a fascinating backstory, that we’d love to see explored on the big screen. Born named Ororo Munroe, she’s descended from a centuries-old line of witch-priestesses from Africa. Her mother was a tribal princess from Kenya, while her father was an American photojournalist. Raised between Harlem and Cairo, she was very close to her parents until they were killed in an Arab-Israeli conflict.

But Storm wouldn’t stay down for long. She is what is known as a mutant, a type of human born with supernatural abilities. Not only that, she’s considered one of the most powerful mutants on Earth!