This can create more problems however, especially if you’ve decided to stick around to work things out. When you’re constantly worrying about when he will next cheat on you, it makes it more difficult to move on and for you to heal. Also, it’s a little unfair to the man who cheated—believe me, the man deserves the mistrust but it’s near impossible for him to regain it if you can’t move on.

Again, having this worry is completely justified. But if you have chosen to stay with him despite his cheating then you need to give him a chance to prove that he’s changed. Constantly dwelling on it and reminding him of that fact will make it harder for the both of you to move on.

If he cheats on your twice though, I’d say it’s time to dump him. Let him go, there are more worthy men out there for you sister.

Is This Relationship Worth Saving? 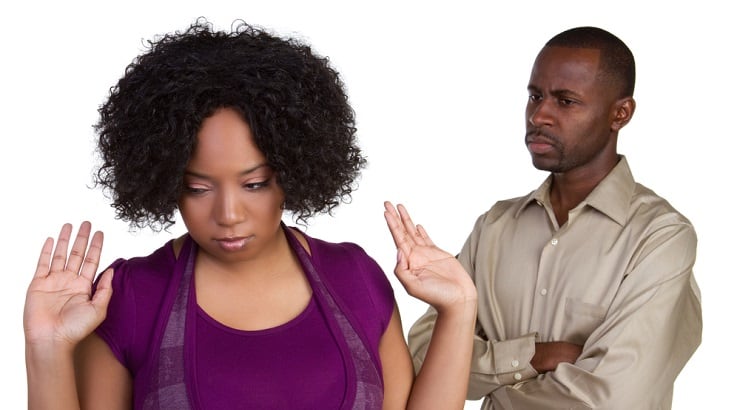 The fact that your man is cheating on you can mean a lot more than just a fling. While this could be the case for some relationships, in other cases it could serve as a sign of much deeper underlying problems that have been ignored by both parties. Unfortunately, there are some people who overlook these problems for the sake of being in a relationship. This is not only unwise, but it is incredibly unhealthy as it just encourages more of the same behavior.

That isn’t to say that your relationship needs to have problems in order for infidelity to happen—this can occur in even the best of relationships.  However, the most effective relationships are created when the partners confront the issues that they’re facing as adults. When you or your man don’t make an attempt to resolve the problems, then the relationship isn’t going to last. This is especially the case if your man’s cheating occurs on a regular basis—what is there left to save if neither party is willing to make the effort?

With that in mind, take a good look at where you and your partner are at and be honest with yourself. If you both think the relationship’s worth saving, then make the effort to be better. If one or both of you can’t make that commitment, then walk away. It’s as simple as that.

Are You Staying With Him For the Right Reasons? 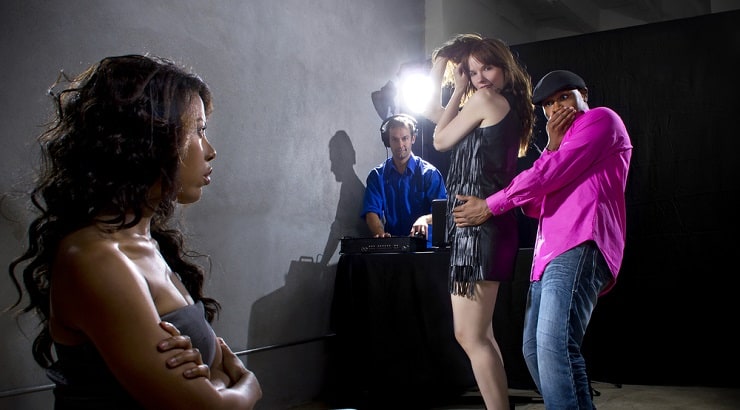 This can be strongly tied to the last section, as some people will still stay in a relationship even when it’s obvious that it’s beyond saving. For a considerable amount of people, it can be really hard to walk away from a relationship. It’s even more difficult to walk away from one that lasted for several years. And while there are definitely some relationships that have survived an incident such as this, that doesn’t automatically mean that this applies to all of them. Some people stay in a relationship for reasons that just don’t make any sense and tend to bring more harm than good for you and your man.

There are a number of bad reasons a person would use to stay in a relationship: the fear of being single again, the fear of moving on, the fear of facing those friends who insisted he was bad news in the first place. There are some who won’t leave because of the fact that they have become so dependent on him financially and like the setup, and others who can’t because they’re in an abusive relationship and need the help of friends and loved ones to intervene and get them out, if possible.

Regardless of what the reason is, they all have one very similar thing in common and that is the inability to grow as a person. Being complacent about romantic relationships—and the men you’re attracted to– makes it that much easier for cheating to occur and encourages similar behavior in the process. Everyone deserves to have a happy relationship, but that can’t happen if you aren’t willing to make some changes. Take a good look at your situation and be brutally honest with yourself. If you don’t trust yourself with this, then bring in others who you know will be honest with you.

See also  How To Stay Motivated About Exercise In 12 Steps

When A Man Cheats On You, Should You Give Him A Second Chance?

However you decide to approach the situation, your decision to give him a second chance is a decision only you can make. It’s your relationship, and at the end of the day you and your man are going to have to pick up the pieces.

He has his own decisions to make and there’s going to be a chance that he’s going to view things differently from you. Whatever happens, take it as an opportunity for the both of you to grow. That’s the most you can certainly expect at this point.

Now, I’m guessing you’re reading this article as you may be in a similar situation to the above. If you want cheating related advice from your fellow sisters, feel free to leave a question, comment or request for advice below. You can use a discrete name, but be sure to use your real email address so you’re notified when there are replies to your comment. No email address are made public and they’ll never be used for anything other than notifying you of a follow up comment if you choose that option.