Despite the Covid-19 pandemic forcing offline-centric fighting game competitions to move online, the genre continues to grow in popularity and accessibility. There are few things in gaming that provide a high-intensity, one-on-one experience like a good fighting game, and today there are more choices for the best fighting games than ever before.

But while the field of fighting games is vast and only continues to expand, the whole genre still has a pretty small player base when compared to other competitive games. Still, some of the games are mammoths in their own right, and learning to master them is all part of the fun.

The best fighting games are: 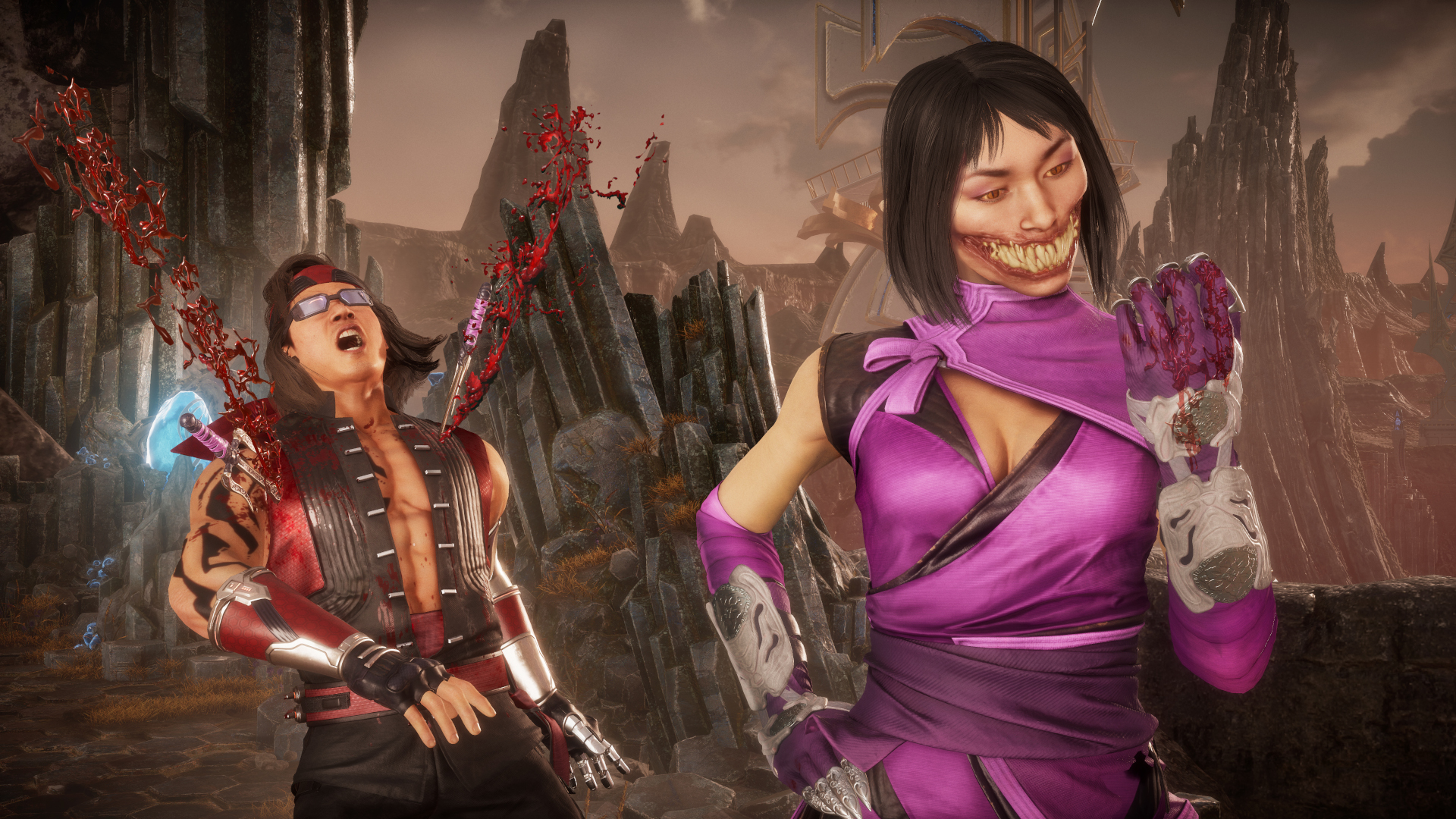 NetherRealm Studios’ latest iteration of the Mortal Kombat franchise is easily the most content-rich fighting game of the last five years. The Ultimate edition wraps all of its new characters and game modes in a single package to get new players right up to speed.

Inside, players will not only find a sprawling, 37-character roster full of Mortal Kombat classics and special guest characters like Robocop and The Joker but also a plethora of side content that leaps far past the competition.

Suppose you’re not interested in online competition. Mortal Kombat 11 Ultimate has an impressive, eight-hour cinematic story mode and a whole boatload of unlockable to customize your favourite character that you can then use in any of the game’s versus modes. Each of these makes this one of the best fighting games for hardcore fans and casuals alike. 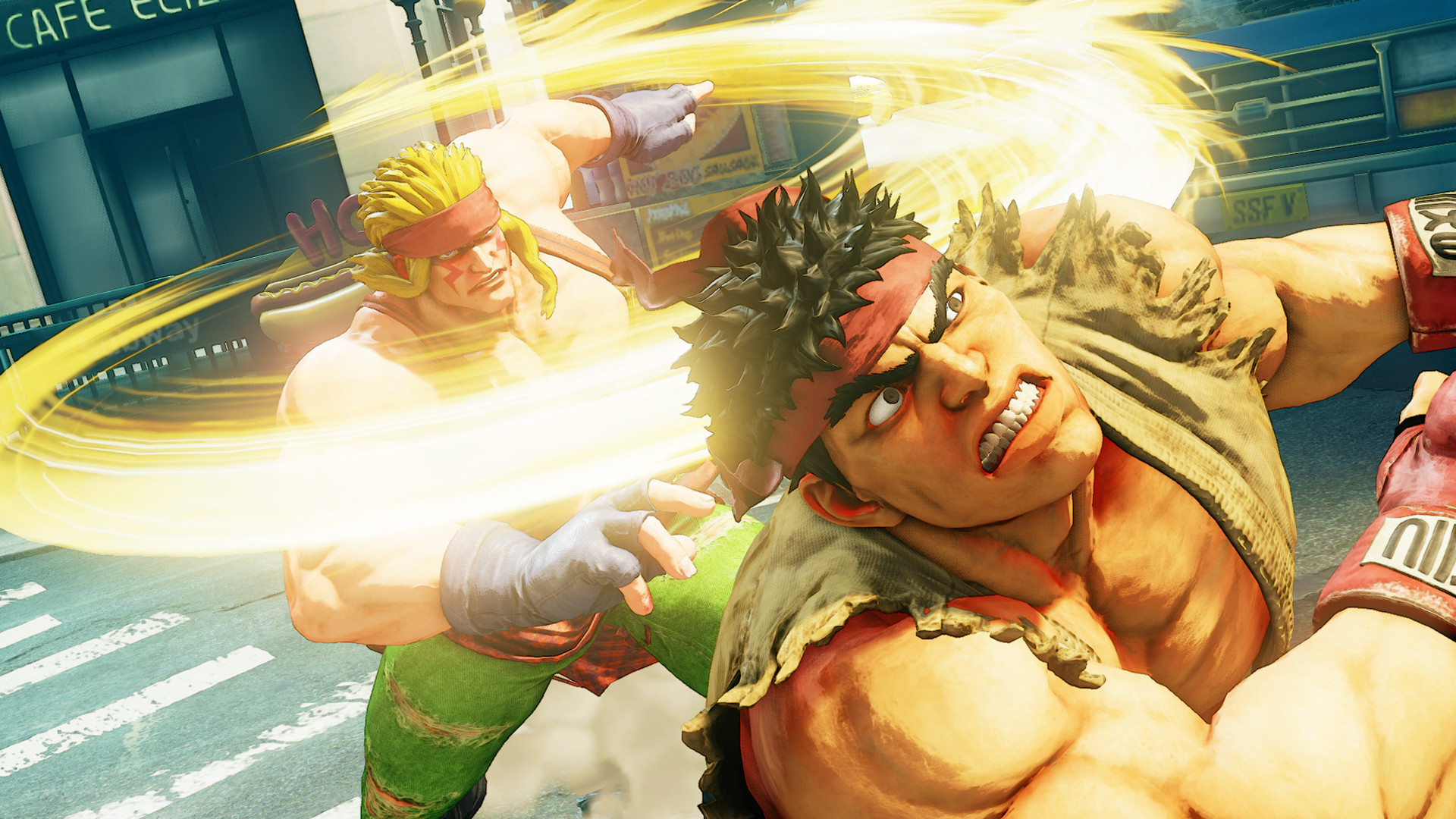 Since its arcade origins, Street Fighter has been a cornerstone of the fighting game community, and Street Fighter V is no different. With explosive but straightforward, ground-focused gameplay, the lessons you learn in Street Fighter V easily transfer to other games.

Due to its old-school origins, you’d be hard-pressed to find a fighting game player who doesn’t know how to play Street Fighter, so if you’re interested in learning and growing as a player, consider picking this up.

Just be sure to either upgrade your existing Street Fighter V game with the Champion Edition upgrade pack or purchase the standalone edition, otherwise you’ll have to buy the majority of the game’s 40+ character roster separately.

This 20 year-old-fighting game classic has found new life thanks to Arc System Works adding rollback netcode – a form of online infrastructure that uses predictive game states instead of input-delay to manage network lag. If you’re looking for a complex, high-speed fighting game that performs well online and creative gameplay with some retro flair, this is the game for you.

Guilty Gear XX: Accent Core Plus R is Guilty Gear at its most complex; its characters are diverse, and it lacks many of the execution assisting features that modern games have. However, if you’re ok with spending a lot of time in training mode, you’ll quickly find it is one of the most creative fighting games ever made.

It’s a little crusty and doesn’t do much to help new players, but if you just want to feel cool with a game with reliable netcode you can usually get for a low price, try Guilty Gear. 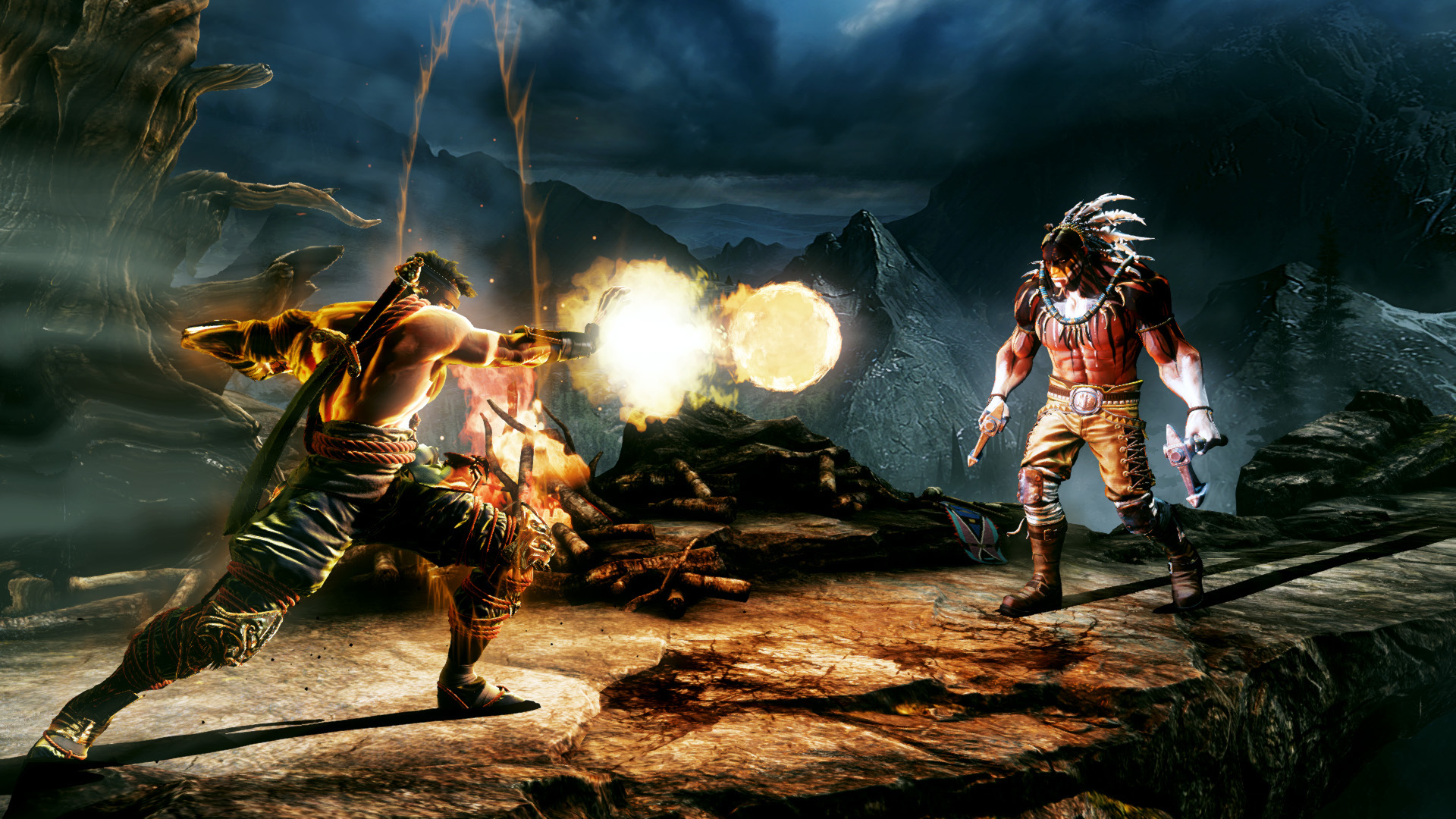 2013’s Killer Instinct is a beloved game for many reasons – from its incredible rollback netcode to hyperactive gameplay that hits a perfect balance of reads versus reactions, there’s something for everyone.

Where combos in other fighting games are largely a one-player experience where the attacker gets to display their execution mastery and the defender gets to prepare themselves for the next interaction, Killer Instinct’s combo breaker system keeps both players involved and active at every moment of the match. There are few games that will make you flip from feeling like a genius to an idiot across the span of 30 frames.

While the game’s age means that randomly queuing up for a match will take some time, there’s a diehard community full of players who keep the game alive, making Killer Instinct a very personal game. 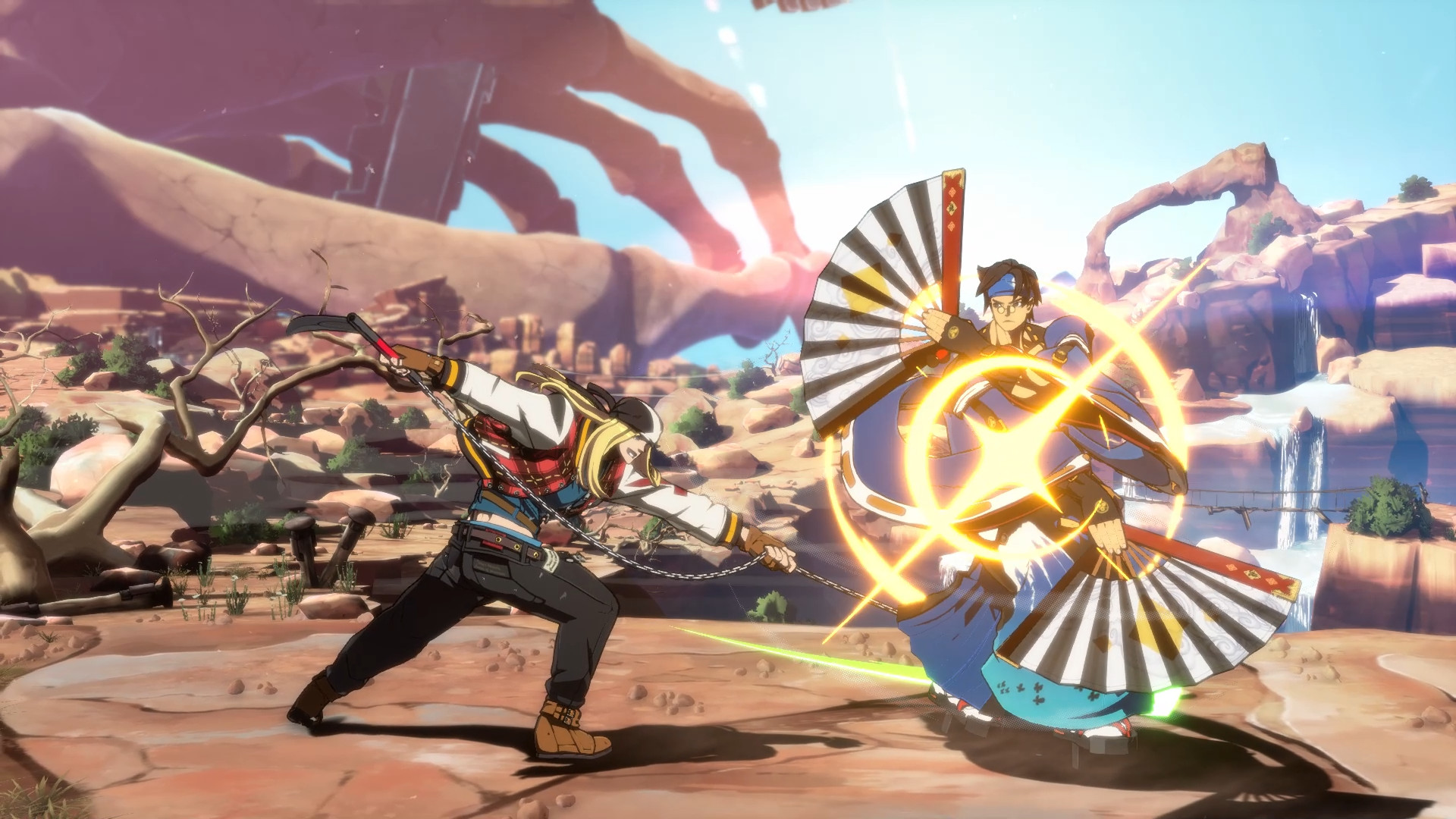 Strive is the second Guilty Gear game on this list and the newest in the franchise. Guilty Gear Strive maintains all of the style, creativity, and flair that the franchise is known for and sands down the edges to make for an experience that’s every bit as kinetic as previous games but less demanding on the execution front.

There’s nothing quite like getting in on the ground floor of a new fighting game and learning and developing alongside the rest of the community. Strive is also another game on this list with exemplary netcode.

Getting into it at launch will place you at the perfect point to learn a new fighting game, because there will be no shortage of people to play at whatever skill level you’re at. So if you’re looking for a fast game with a young community, look out for Guilty Gear Strive when it launches. 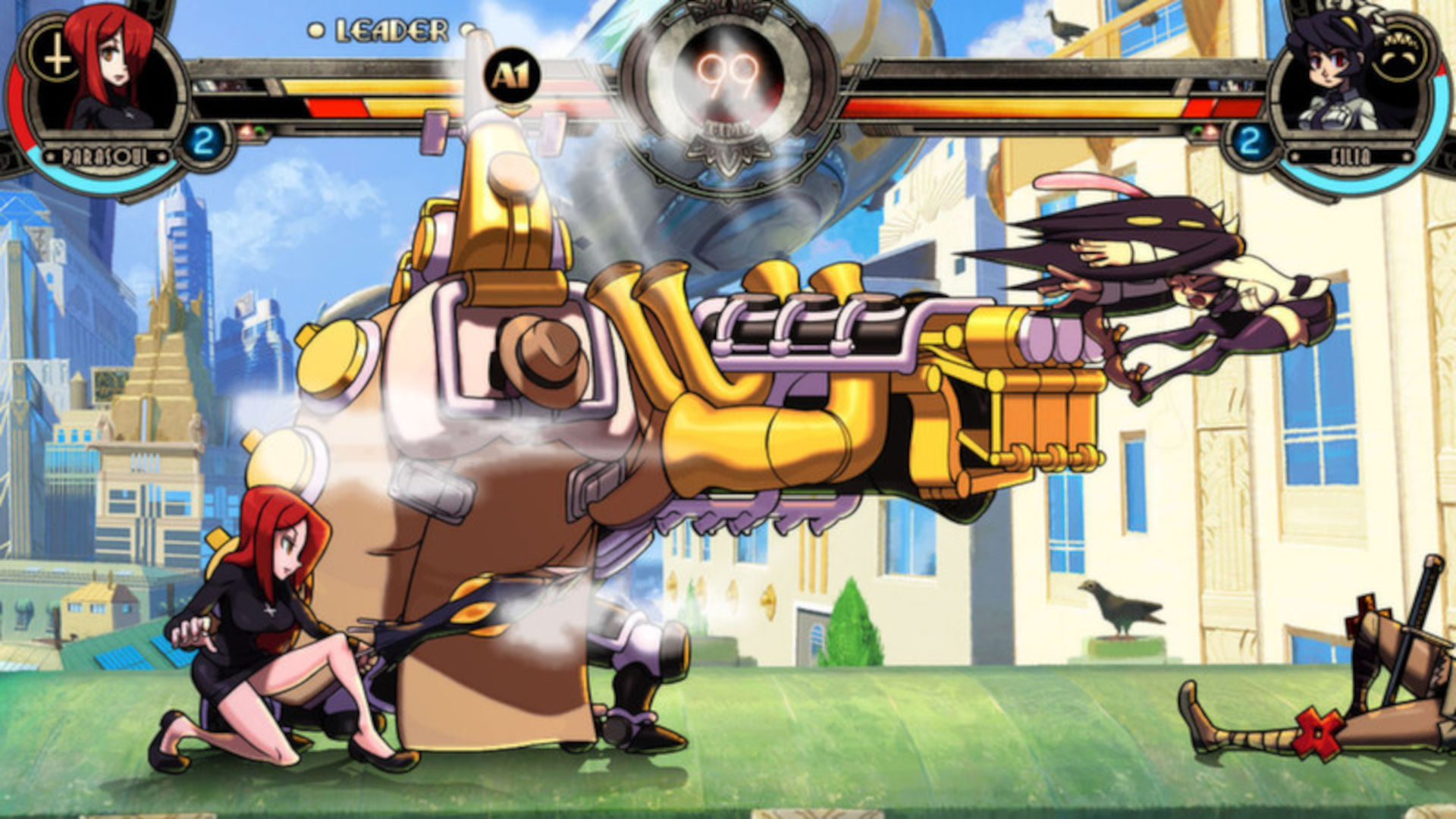 This indie fighting game has seen a miraculous resurgence. After eight years, it received its first season pass, adding four additional characters to its eight character roster, breathing new life into the game in the process.

As a game, Skullgirls is an incredibly creative team fighter, not unlike Marvel Vs Capcom. While its roster is small, each character can provide a variety of different things to your team because, uniquely, Skullgirls allows you to use any attack in their move list as an assist. This, a solid tutorial, and the ability to pick your team’s size, make Skullgirls one of the easier team games to get into.

All of the best fighting games featured here have rollback netcode. Regardless of the kind of game you’re looking for, the genre is multiplayer-focused. If you don’t have anyone to play with locally, you’ll have to go online.

Whether you’re new to the genre or a veteran looking for something new to play, you can’t go wrong with any of these picks.