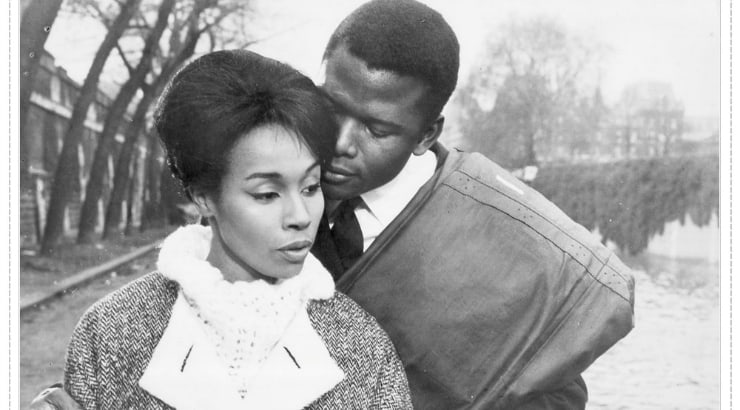 This classic is still an amazing movie fifty years later. Before La La Land turned jazz into a white phenomenon, Paris Blues harnessed the power of jazz to bring black people together.

A musician named Eddie Cook (Sidney Poitier) falls in love with Diahann Carroll (Connie Lampson). Tired of segregation in America, Cook leaves America for France, where he’s treated like an equal. Lampson accuses him of running away from his problems and abandoning his people.

She convinces him to return and fight for black civil rights. In the era of #BlackLivesMatter, this resonates more than ever. 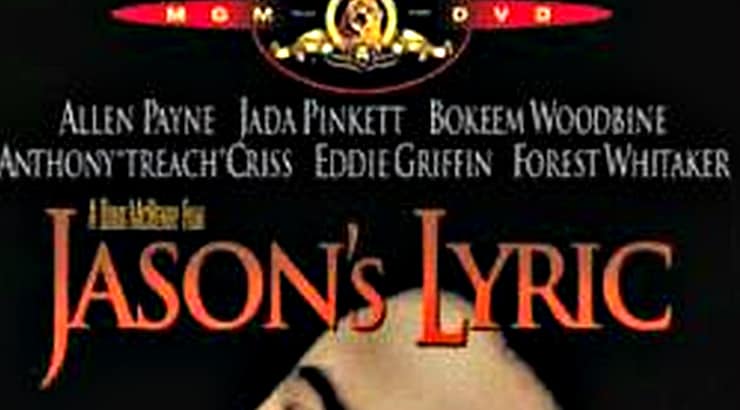 Jason’s Lyric is a steamy film, and not for children. Jason (Allen Payne) is haunted by his tortured past and the awful things he’s done. Lyric (Jada Pinkett-Smith) falls in love with him anyway, vowing to work through his past together.

As a couple, they dream about a better life as better people. It’s one of the darker films on this list, but it still has moments of levity and comedy, and the ending makes it worth the journey. 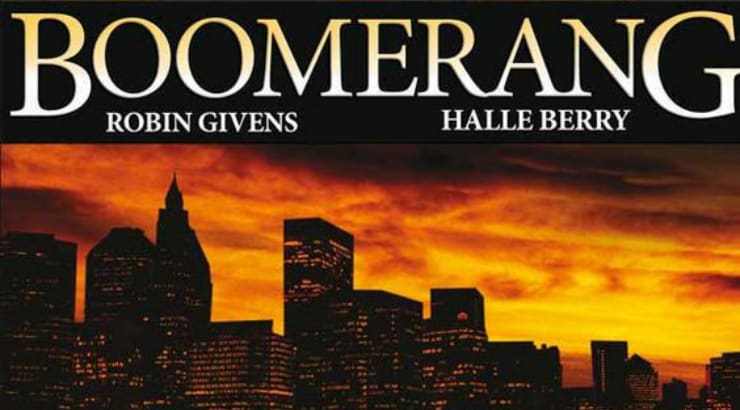 Don’t you love when women beat men at their own game? Marcus Graham (Eddie Murphy) doesn’t.

In Boomerang he’s a slick businessman with no time for love, the type of player who forgets a woman’s name the minute he gets her in bed. Everything changes when meets the cunning Jacqueline Broyer (Robin Givens), who bests him at his own game, and Angela (Halle Berry), a woman unlike any he’s ever met.

Although he’s in love, he sacrifices his relationship with Angela for his own gain, but immediately realizes his mistake and does everything to get her back. 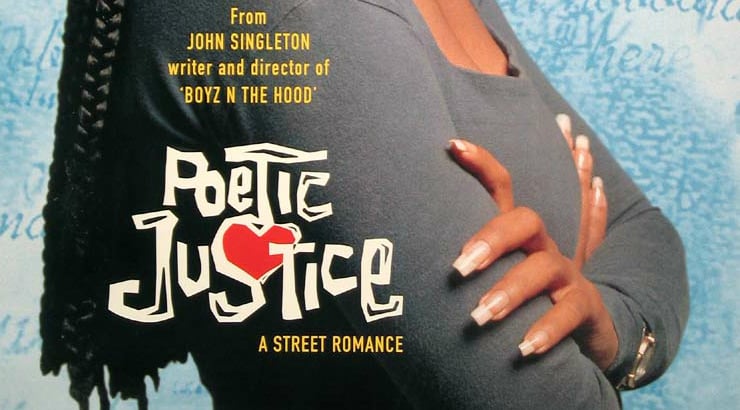 Who’s your favorite actor? Most people don’t say Tupac, but after Poetic Justice, maybe they should.

Justice (Janet Jackson) is a hairstylist with a keen sense of rhythm and a way with words. A young postman, Lucky (Tupac) comes by her salon, and although he believes they have a connection, she’s not interested.

A few mishaps later, and Justice and Lucky are on a crazy road trip together. This is a stellar movie with a stellar score. 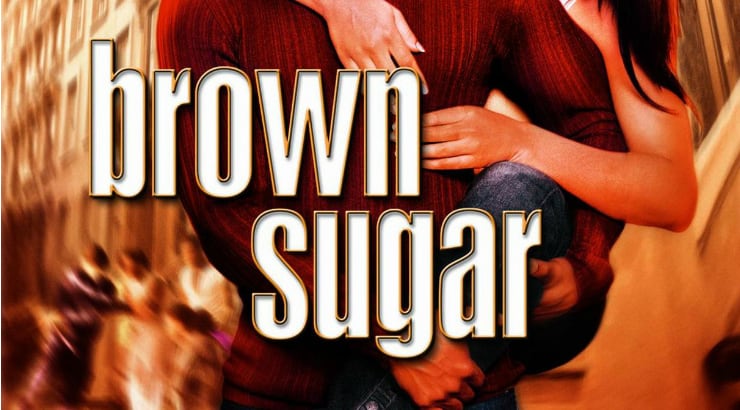 Sanaa Lathan and Taye Diggs team up for Brown Sugar, a film that Madame Noir calls “the original love and hip hop – without the ratchetness”. It’s got all the glamor and drama of an Empire spinoff.

Dre (Diggs) works as an A&R at the multibillion dollar Millennium Records, while Sidney (Lathan) heads up XXL, America’s premiere hip-hop magazine. What makes this movie great is that Dre and Sidney are more than just romantic partners, they’re also best friends, and that makes their chemistry real. 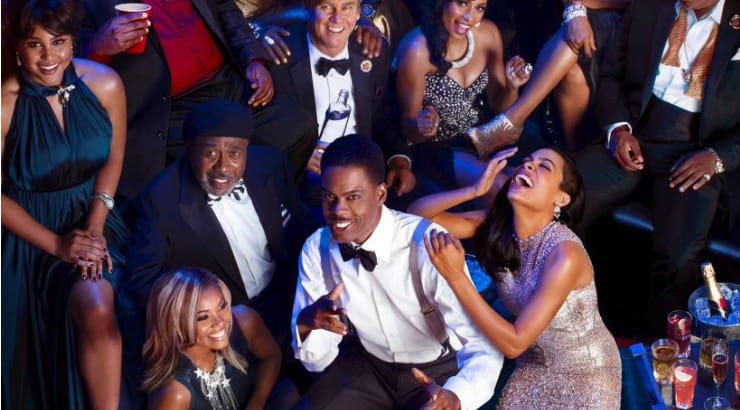 In Top Five, Chris Rock is the leading man you didn’t know you wanted. He plays Andre, a washed-up comedian only known for playing “Hammy the Bear.”

He’s engaged to a shallow reality TV star (Gabrielle Union) and reluctantly agrees to an interview with a hungry reporter named Chelsea Brown (Rosario Dawson). The movie’s strongest selling point is the sheer number of hilarious comedians, like Leslie Jones, who make an appearance. If you love to laugh, this one is for you. 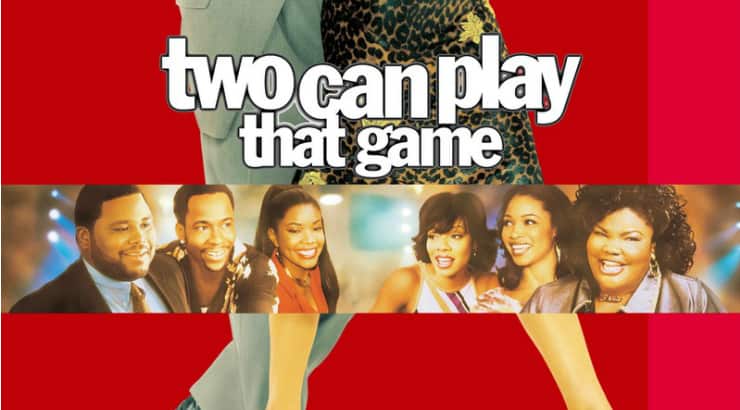 Anything men can do, women can do better. That’s what Shante Smith (Vivica A. Fox) is determined to prove in Two Can Play That Game, a men vs. women classic.

Shante is holier-than-thou around her friends, and often gives them advice on how to control their men. But her life is shattered when she sees her perfect boyfriend, Keith (Morris Chestnut) out with a female co-worker.

Undaunted, she launches a 10-day plan to rope her man back in. Will it work? Or will she realize that love isn’t a game?